Brief China: Aequitas 2019 IPOs and Placements Performance – Things We Got Right/Wrong and Things We Plan to Do and more 1. Aequitas 2019 IPOs and Placements Performance – Things We Got Right/Wrong and Things We Plan to Do

2019 marked our first full year of operations as an Independent Research Company, post spin-off from Smartkarma in August 2018. With our full-fledged focus on only covering IPOs and Placements, our main focus for 2019 was on improving our accuracy rate (as defined at the end of this report) across both IPOs and Placements.

For those not familiar with our coverage, we aim to cover all IPOs and placements with a minimum deal size of US$100m across Asia-Pacific (ex-Korea), including China ADRs.

We have held off commentating on the US-China trade deal that has enlivened markets around the world in recent weeks. The reason for holding off is simple: no written deal has been published so far. The news that the Trump administration will no longer list China as a currency manipulator signals this patch aka “phase-one” is actually moving forward and will be signed at the White House today. News of the US dropping China from the manipulators list sent the renminbi to a six-month high. 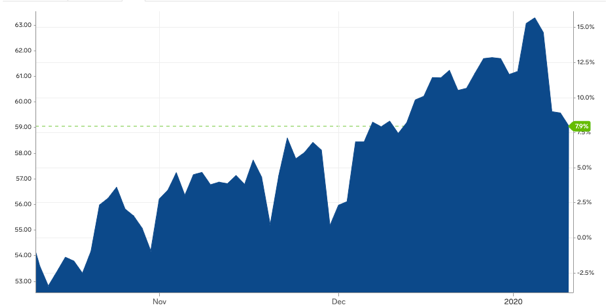 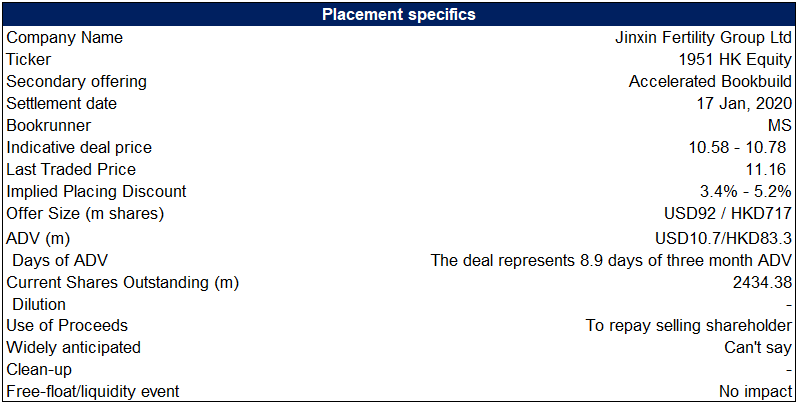 Shareholders of Jinxin Fertility Co Ltd (1951 HK) is looking to raise US$92m in an accelerated bookbuild. Ke Yan, CFA, FRM has covered the IPO extensively in:

Overall the deal scores well on our framework mainly owing to the inexpensive valuation relative to peers and good price and earnings momentum.

Jiumaojiu (9922 HK) is a Chinese restaurant chain operator which operates 328 outlets in China under five brands. Jiumaojiu will commence trading on Wednesday, 15 January. Jiumaojiu priced its IPO at HK$6.60 per share (at the top-end of the range).