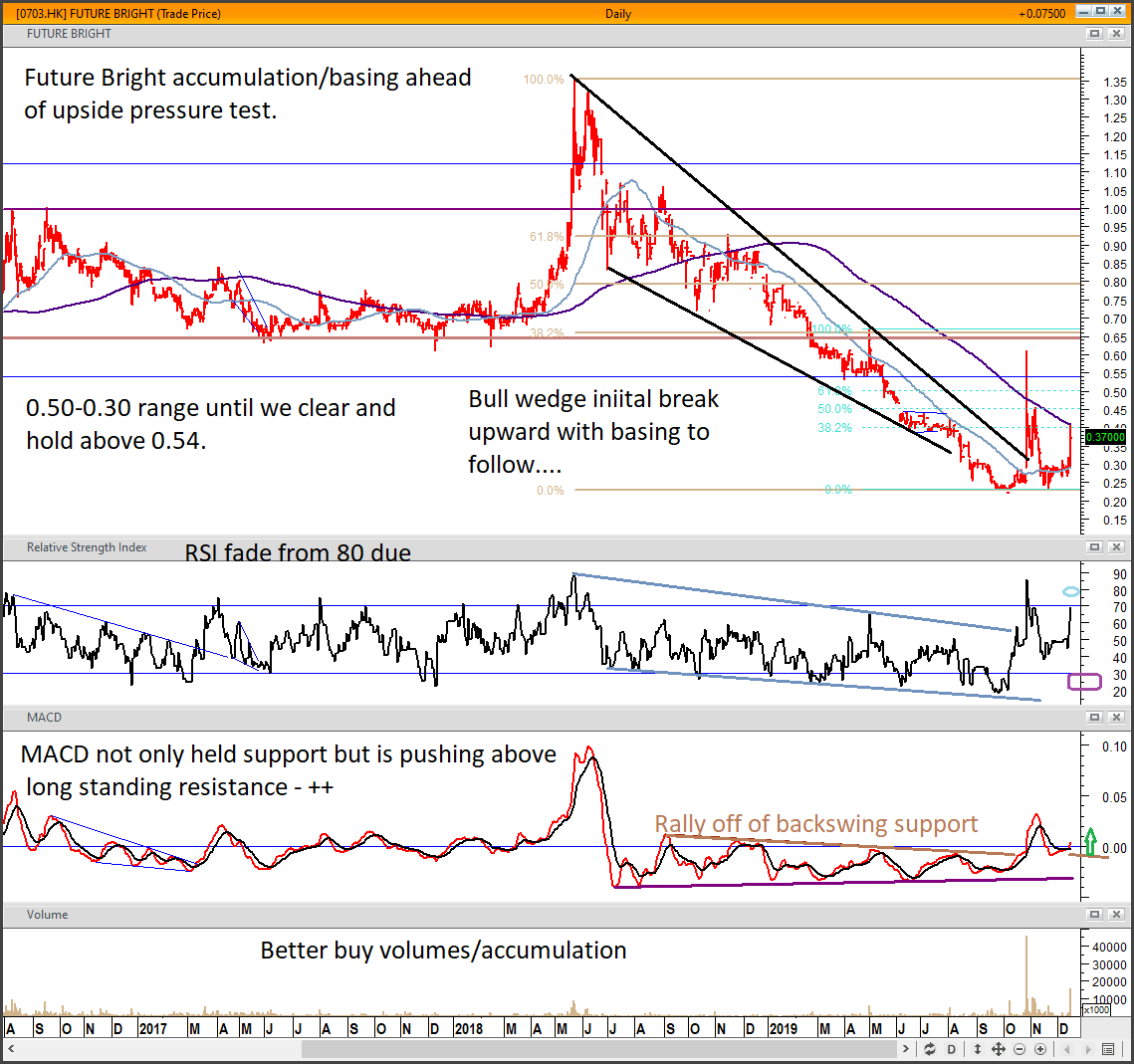 Future Bright Holdings (703 HK) did not hold our 0.33 bottoming target Future Bright Bottom Projection but is in a basing process with improved volumes on the back of accumulation. Spikes continue to face risk of fades back to base line support near 0.25 with fresh support just above this area.

A bottom cycle on the back of the mature descending wedge is the stand out chart feature along with MACD bull divergence.

MACD held major low support which is a strategic positive (non confirming new price lows as sellers are squeezed out) after the initial upside break in late October, the MACD is now staging a fresh rise off of backswing support.

We have cleared buy level and macro hurdle resistance at 0.65 as our intermediate target after a fresh pullback cycle within the basing process. Above 0.65 opens up the macro cycle.

Suddenly, Lotte Holdings is getting a lot of attention. The share price got boosted by nearly 9% in the last three trading days. What’s this all about here? Of course, the price hasn’t indeed bottomed out yet. It is still sitting near the 5-year low. So, bargain hunters might have come in. But why now? Well, then there was this market speculation about SDJ (the older brother) purchasing back Lotte Holdings shares, which has spread lately in the local market. The growing expectation on another round of a brotherly fight seems to be pushing up the Holdings shares.

Here is the link to the local news report about the possibility of SDJ making a move on Lotte Holdings. (Source: MoneyToday Bell) 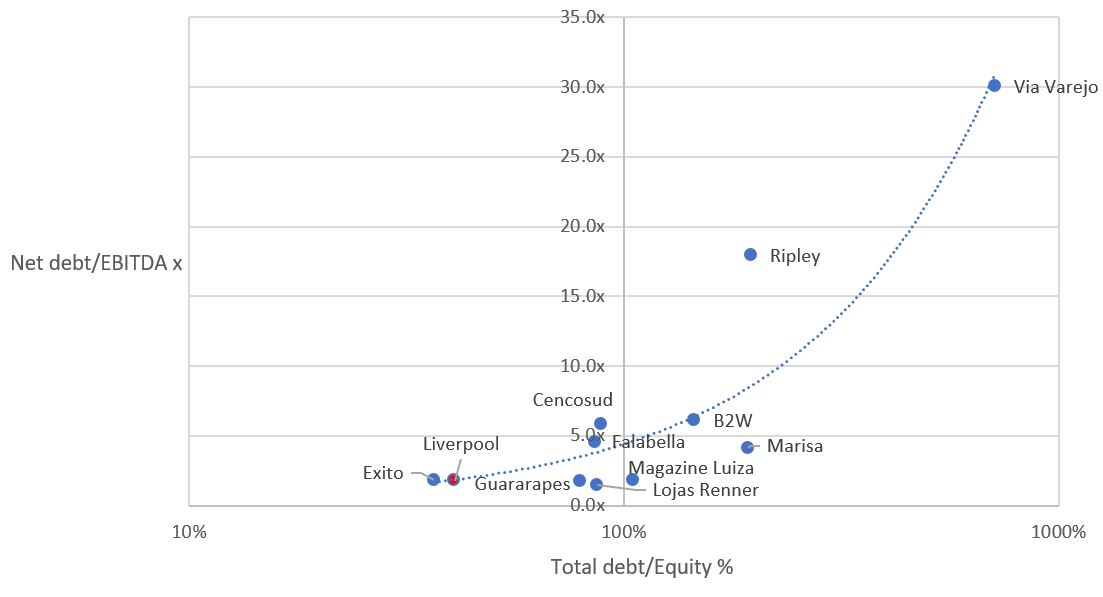