Brief Finance: Bank of China: Cheap Globally by Any Valuation Metric and more 1. Bank of China: Cheap Globally by Any Valuation Metric 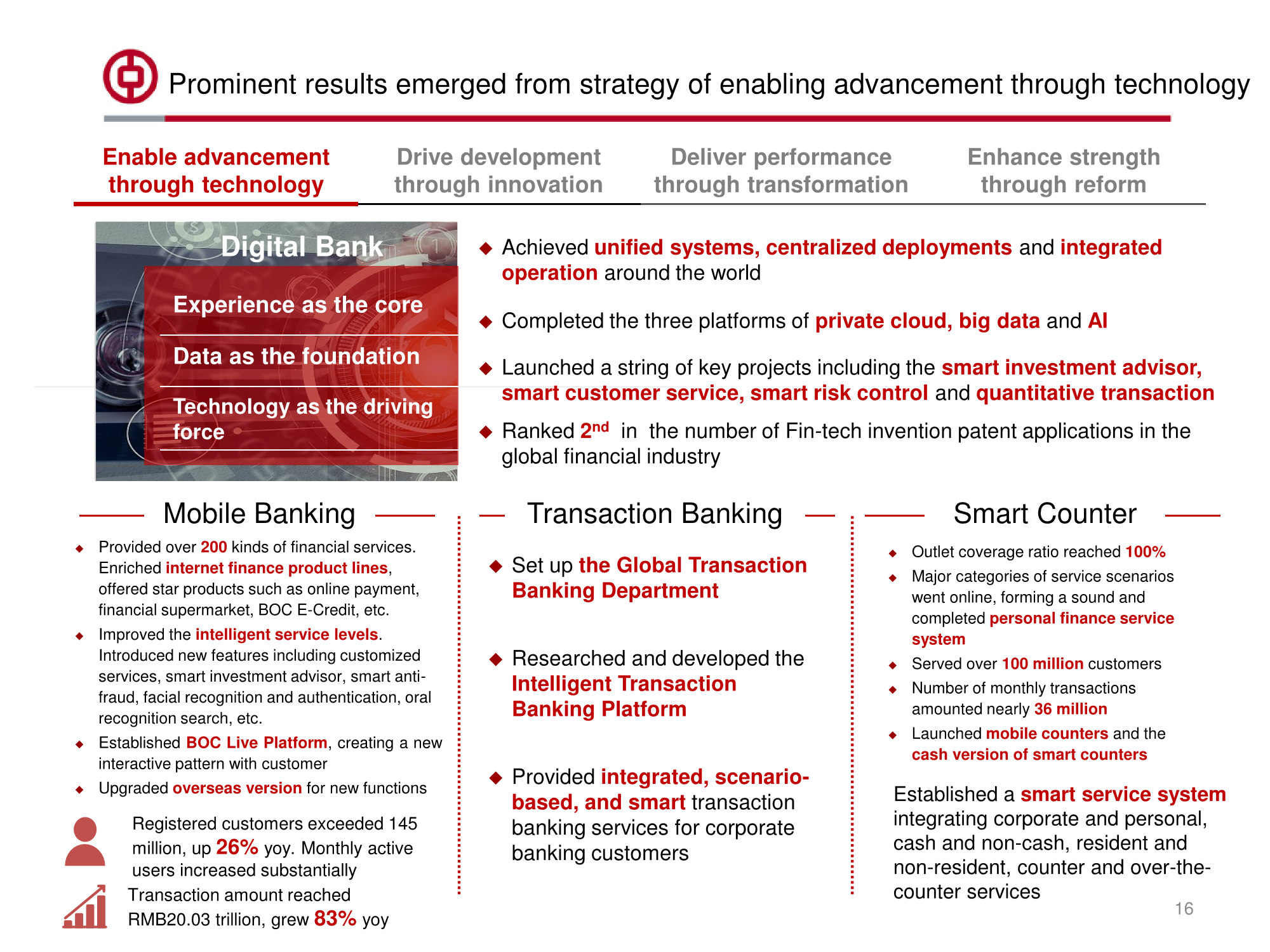 Buying shares in a high-yielding Chinese bank is of course predicated by a macro or socio-economic or political assessment of the country’s prospects. And based on a long-term timeframe beyond trading gyrations.

It makes sense that if you wish to have exposure to China, you buy shares in a bank, as a proxy within a diversified portfolio. Not at any price. You want deep value given strategic issues. And you will get income.

The aforementioned valuations and a deeply oversold RSI would seem to price in a great deal of bad news and/or a dire future.

Within the banking sector, as elsewhere, there has been an unsurprising spate of negative news. China Banks – Missing Financials, Negative Growth, High Special Mention Loans by Daniel Tabbush flags up pertinent issues which have been bubbling for awhile now. While especially mindful of this and always attentive to our colleague’s experienced insights, we also look for opportunity as well as risk. Maybe, there are glimmers of light amidst the general reticence or antipathy towards the Chinese banking model? We need balance, perspective, and time. After all, were US and UK banks not bailed-out by the State post GFC? Are Indian banks so much better investments given revelations by our colleague Hemindra Hazari? What about creeping nationalisation (say Poland, Russia) and interference/State instrumentation elsewhere (say Turkey as covered by the venerable Ercan Uysal)? Experts Victor Galliano and J. Brian Waterhouse  thoughts on the role of state banks within Lula’s Brazil and the government-bank nexus in Japan would be instructive. Moral hazard is pervasive amidst global banks. Governments need banks and vice-versa. But that does not make them bad investments per se, and they are an important part of world indices. Some investors may find them unfashionable, even uninvestable as a matter of principle like Terry Smith,  avoiding them like the plague, while others will seize an opportunity at the price. There are good banks and bad banks as well as plenty of average ones, not to mention new challenger outfits and technology banking offerings. There are above all expensive and cheap banks that trade above and below their intrinsic value. Warren Buffet is a big buyer of selective US banks where risks have ebbed in recent years.

We highlight that top Chinese banks generally provide more quarterly data than many European lenders: it would be helpful for some additional quarterly asset quality granularity which we have for FY18. In addition, Chinese banks are set to recognise problematic loans earlier than their international peers. The 60-day NPL rule requires mainland banks to reclassify the loan and set provisions 30 days earlier than elsewhere. This cannot be a bad signal. Some banks are reportedly already working with an internal 30-day rule. It does mean, yet again, more market solutions: more restructuring, more disposals to third-parties. No gain without pain. Or 一分耕耘, 一分收获 : “Without plowing and weeding there is no harvest”.

Trends or Fundamental Momentum signals at BOC are satisfactory-solid rather than gung-ho. While systemic asset quality (and cost of funding to a lesser extent) issues weigh heavily on recent results, the bank has prudently improved its capitalisation, enhanced its provisioning, while cost-control remains exemplary with underlying “jaws” at a highly positive 690bps. The improvement in Efficiency is a plus signal amidst the asset quality smoke. Our PH Score of 7.2 is in the top global 25%, boosted by the valuation component.

Bank of China has a perfectly sensible modernisation/innovation game plan and model, though never straying too far from strategic development objectives. This can irksome for purists. As one of the “Big Four”, risks (downside) and opportunities (upside) may be thus more limited than other less strategic lenders. But we would rather stick with a defensive stable player at this price while acknowledging the fundamental merits of much more expensive but credible players such as Bank Of Ningbo Co Ltd A (002142 CH) and China Merchants Bank A (600036 CH).

We are not saying that BOC is the most perfect bank in Asia or EM. If it was, the rating would be very different and it might then suffer from valuation risk along with EM bank “favourites” today. Rather, we are pinpointing that Bank Of China (601988 CH) is the best value among China’s large listed lenders and cheap by any metric globally. The bank has as much potential as the other D-SIBs or G-SIBs. China Banks:  Deep Waters Not to Drown but to Cleanse provides a comparative assessment, highlighting the bank’s relative value and reasonable fundamentral trends.

2. Huatai GDRs – Prices Lower, Then Sooner, Then Later, Then Higher 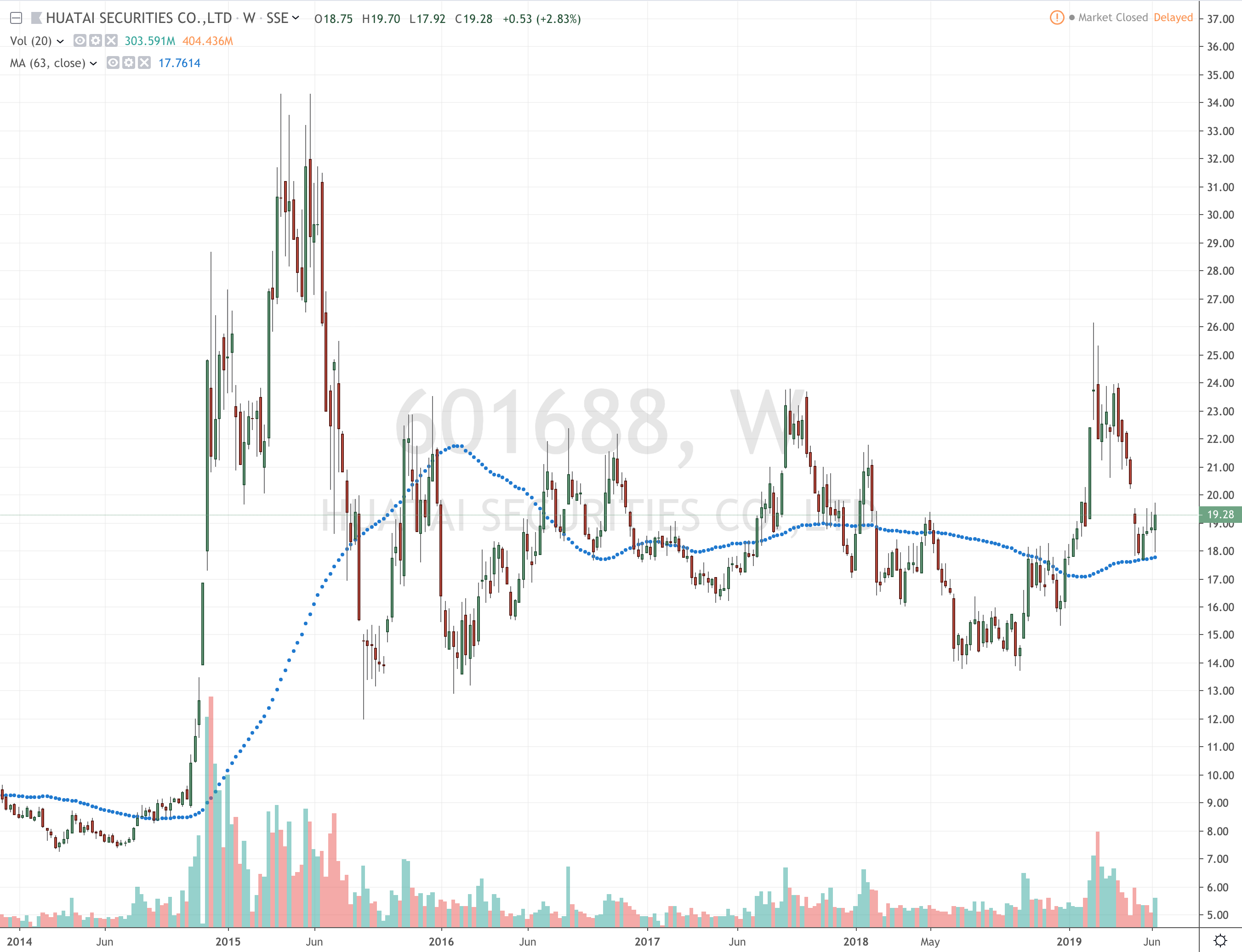 The deal apparently got moved up to Thursday night the 13th.

Then it got moved back to today.

Now with the deal well-subscribed at the low end, there are warnings investors need to be bid higher than the bottom end to get any paper.

The deal now prices today for trading starting on the 20th of June.