When I wrote Japan Post Insurance Placement – Bidding Time last Friday, the shares had fallen ~7% in three days to ¥2585/share and it was “bidding time” for international accounts. The point was that one should bid in absolute terms but that there was a vested interest to see the shares lower on Monday.

The shares ended 4.3% lower on Monday, which was the first day of the pricing period (which is when deals normally price in Japan), at ¥2585. This was done in very big volume and the closing 5-minute period at 300,000 shares was almost 1x ADV by itself.

Meanwhile, it is worth looking at JPI itself. 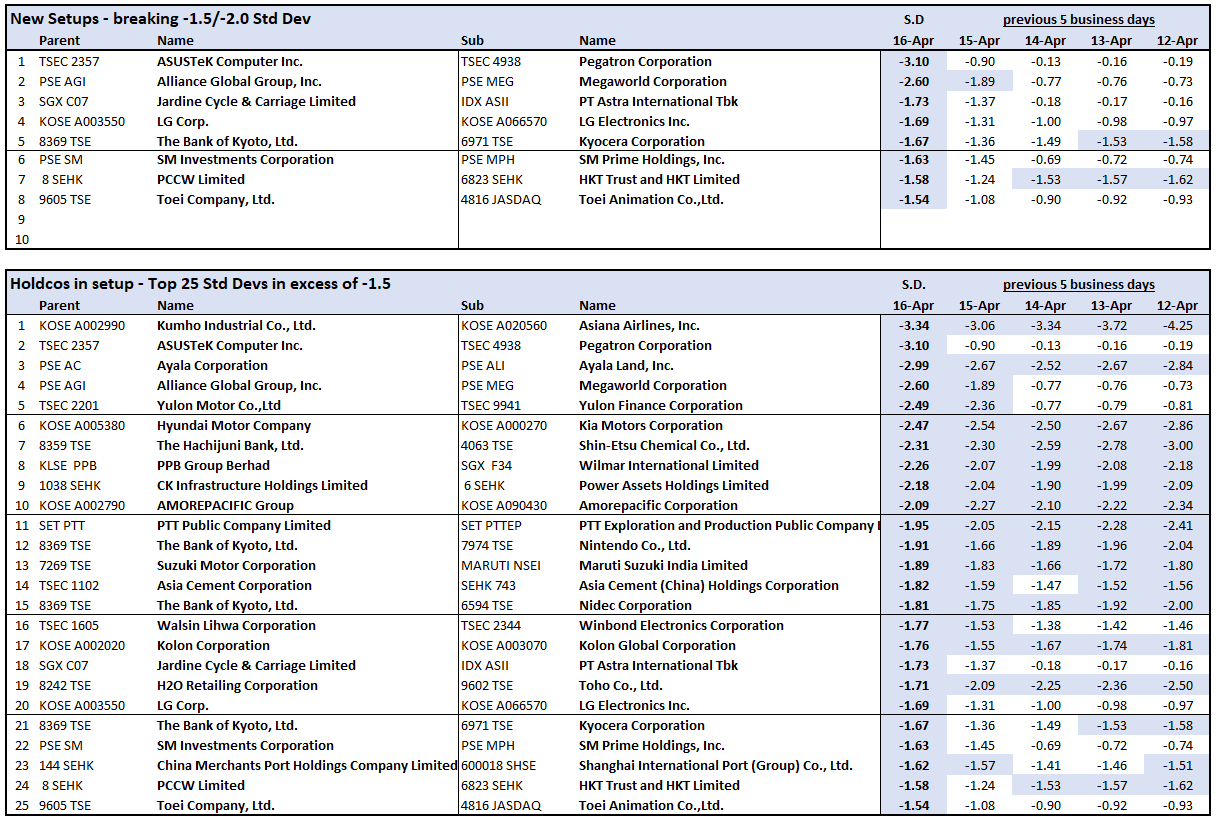 Preceding my comments on Bank of Kyoto and other stubs, are the weekly setup/unwind tables for Asia-Pacific Holdcos. 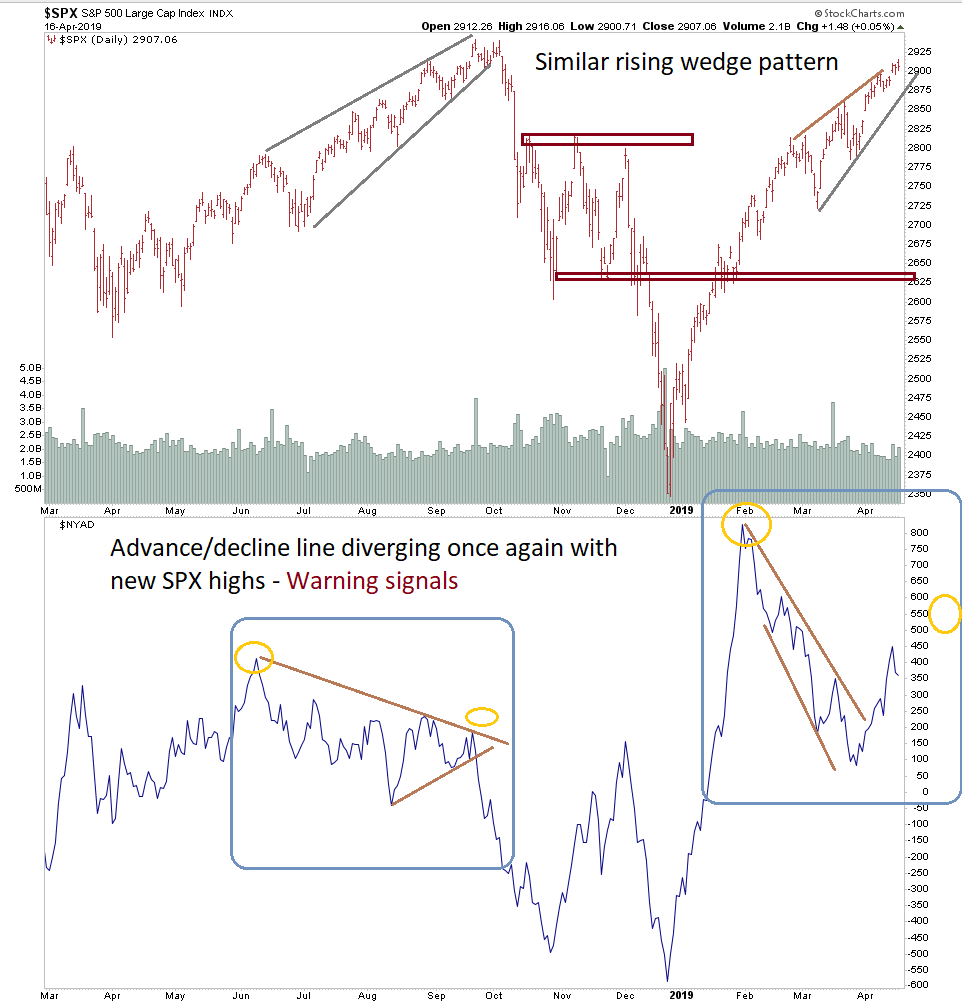 SPX is putting on the final touches of a maturing rising wedge with a similar pattern set up that we pinpointed in September 2018 that led to our short call at SPX 2,944.

RSI divergence has not confirmed recent highs and formed a triangle mirroring the pattern set up in September 2018. RSI bear divergence warns that the rise is at risk given slowing upside momentum and buy volumes.

Global risk appetite remains strong and could delay a break down with upside noise from a trade deal spike but this compelling set up warns of disappointment stemming from deal hurdles, lack of key trade point resolution or a drawn our trade schedule with underlying tariffs that leaves markets wanting after pricing in the better part of a full deal. Sell the fact set up?

Breadth has deteriorated markedly from the early February peak as the SPX continues to chisel out new highs as internals weaken, again mirroring the late 2018 cycle.