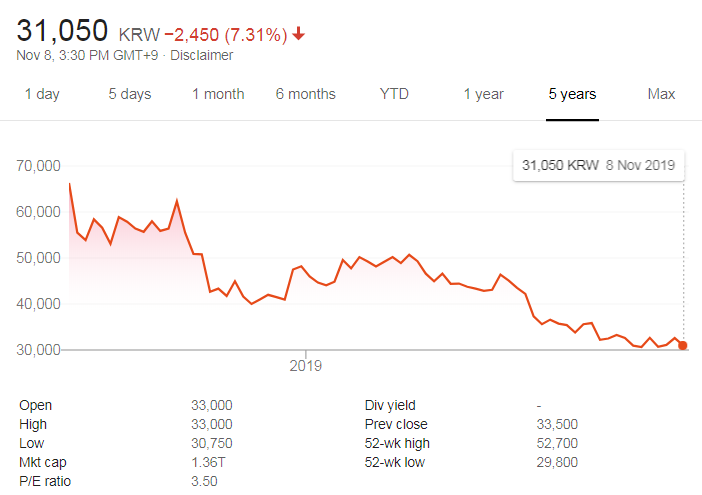 There are four major concerns on the (likely?) acquisition Asiana Airlines by the HDC Hyundai Development consortium:

2. Daikin – Worth A Look as China Hints at Bottoming

Daikin reported results on the 6th of November which were slightly below consensus at the OP line at ¥78.7bn (consensus ¥82.6bn), despite beating slightly on revenue (¥673bn vs. consensus at ¥668bn). The slight miss on margins and a 2.2% downward revision to FY revenue guidance drove the share price down about 2.6% over the next two days but we believe a slowing rate of decline in China makes a closer look appropriate. 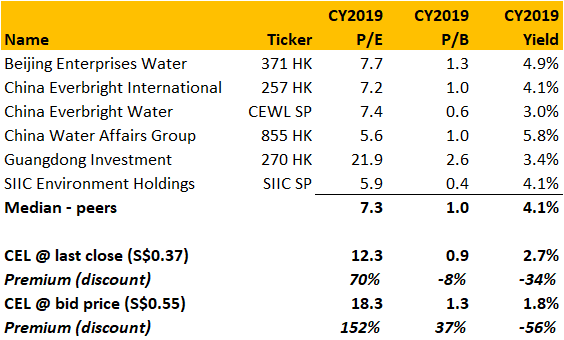 At first glance, the offer price which represents a 69% and 66% premium to the 3-month and 6-month VWAP respectively, seems attractive. Overall, our valuation analysis suggests that CKM’s offer while not a knockout bid, is worth a look for investors not willing to wait around for recovery and seeking a reasonable exit.

Back on the 12 November 2014, CITIC Environment and KKR China Water jointly announced a pre-conditional Offer for  United Envirotech Ltd (as Citic Envirotech (CEL SP) was then known), at S$1.65/share, and discussed in CITIC + KKR bid for United Envirotech.
The pre-conditions included approval from the PRC Ministry of Finance, NDRC, SAFE, and Ministry of Commerce, amongst others.
Those pre-conditions were fulfilled on the 5 March 2015, the Offer was declared unconditional in all respects on the 26 March, the circular was dispatched on the 2 April and the Offer closed on the 16 April with the Offerors holding 85.80% of shares out.
United Envirotech Ltd’s name was changed to CITIC Envirotech on the 30 July 2015.
On the 16 November 2016, CRF Envirotech/China Reform Puissance Overseas acquired KKR China Water’s 23.89% stake or 269mn shares.
A two-for-one share split was announced on the 28 November 2016, increasing the number of shares out to 2.256bn. Movements in the shareholder register have been largely static since.
The New News
Yesterday, CITIC Group announced a pre-conditional Exit Offer at S$0.55/share, a 48.6% premium to last close and a 61.9% premium to the one-month VWAP.
Those pre-conditions include approvals from NDRC, SAFE and Ministry of Commerce. The Offeror is CITIC – these approvals are a foregone conclusion. The same approvals were sought and received in the 2014/2015 Offer.
The making of the Exit Offer is conditional on receiving these pre-approvals within four calendar months, an approximately similar time frame required for the 2014/2015 Offer. The timeframe should be significantly shorter. CEL has guided pre-approvals by the week of 23 December and a possible close of the Exit Offer by mid-Jan.
The Exit Offer is conditional on approved by a majority of at least 75% of CEL’s shares out. CITIC and concert parties (namely CRF Envirotech) holding 79.1% in CEL must abstain from voting on the Delisting Resolution.

Changsha Broad Homes (2163 HK) raised US$151m at the bottom-end of its IPO price range. We have previously covered the IPO in:

In this insight, we will look at the IPO deal dynamics and updated valuation.