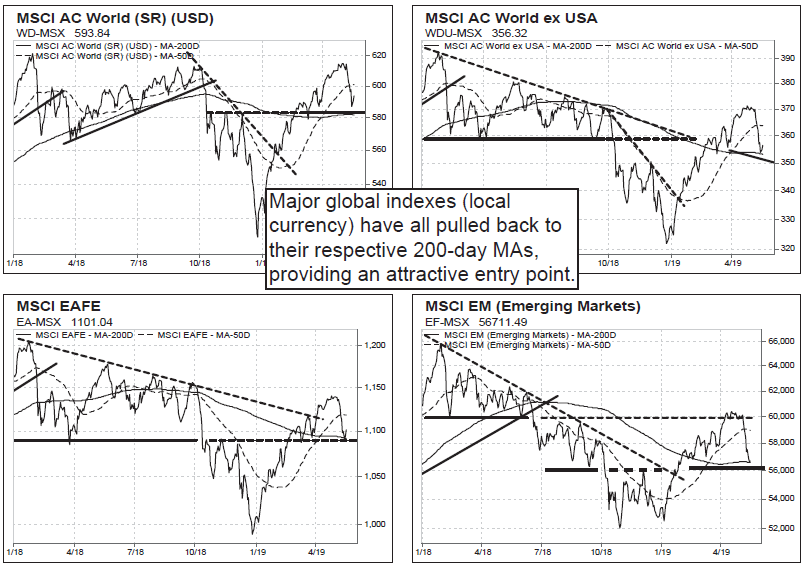 As global equity markets pull back amid the U.S./China tariff saga we continue to believe this is an attractive time to add exposure. This view is supported technically with all major global indexes (MSCI ACWI, ACWI ex-U.S., EAFE, and EM) pulling back to their respective 200-day moving averages. In this report we highlight important technical levels across global markets and highlight actionable opportunities from a bottoms-up perspective within Europe (attractive pullback opportunity on the STOXX Europe 600 index) and Japan, including stocks within Financials, Communications, Consumer Discretionary, and Manufacturing.

2. Samsung SDI: Higher Probability of a Partnership with Tesla & Beneficiary of No Chinese EV Subsidy 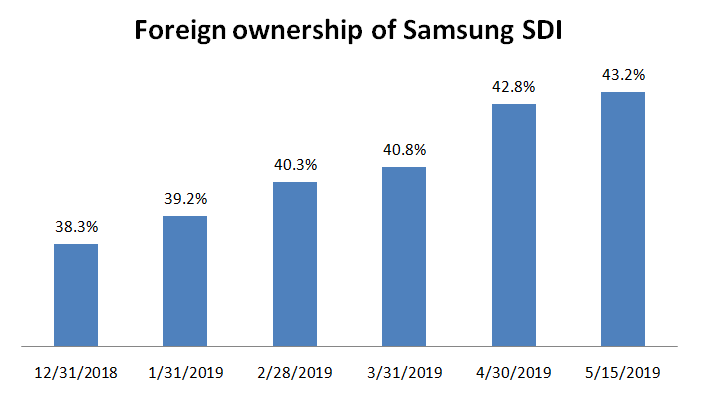 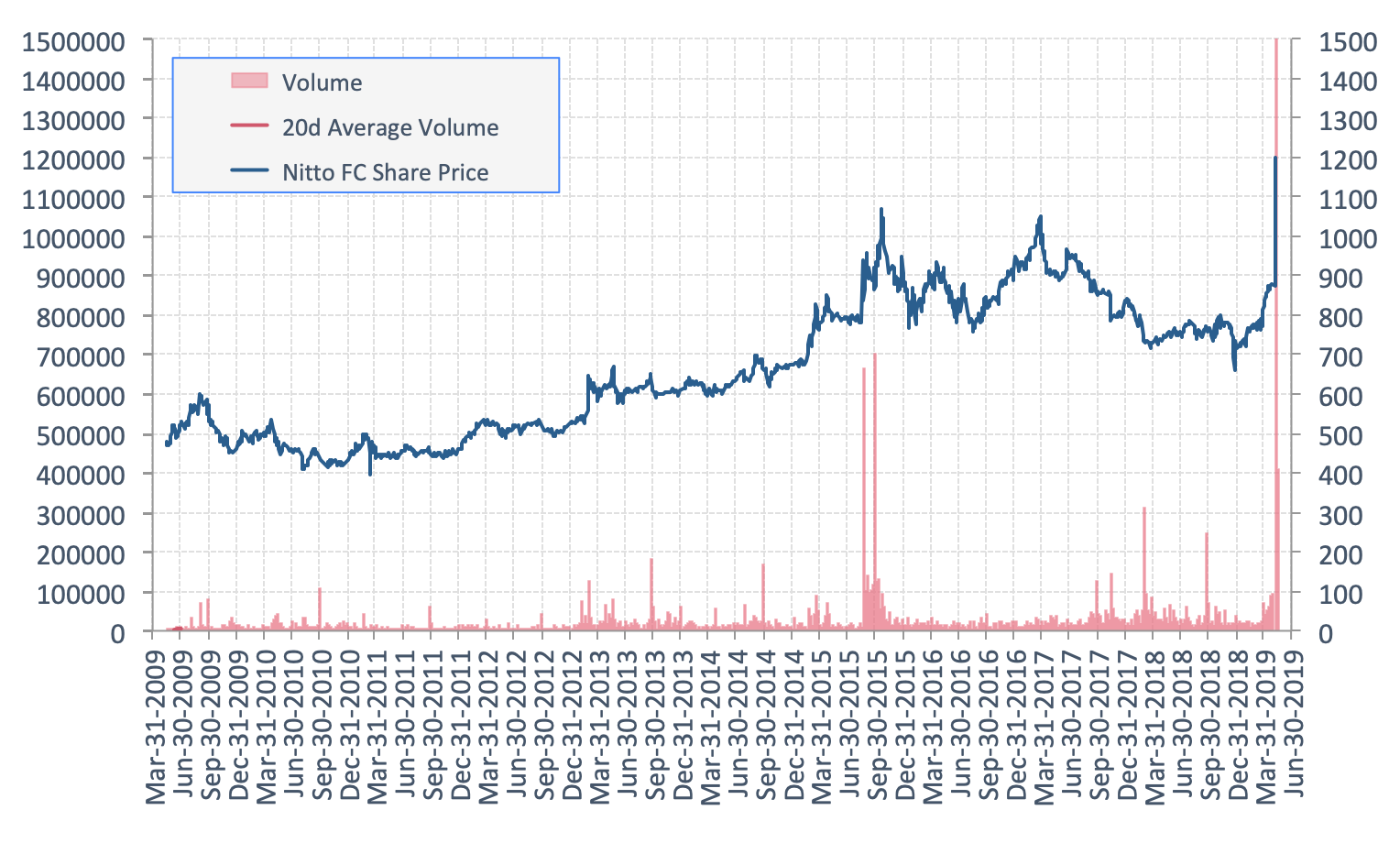 On 7 May 2019 as Japan was coming back from its long Golden Week holidays, a pair of entities called East Investments (it’s a longer name in Japan but this will do in English) and West LP jointly announced a Tender Offer on smallcap Nagoya-based Japanese fertilizer company (H1 revenues are about 68+% fertilizers, 22.4% trading of chemicals, etc, and 8.4% real estate; but about one-third of profits are in real estate).

The existing owner/CEO Watanabe Kaname and his relatives and associated companies own 32.86% and they have agreed to tender their shares.

The minimum threshold for success of this Tender Offer is 66.67% so that minorities may be forced out in case of success. This delivers – mostly coincidentally – the requirement that a majority of the minority tender their shares to make this deal successful.

Announced at a 37.6% premium to last price, the deal “looks” like a decent deal for shareholders. It comes at the highest share price since listing. It also comes at just under 0.75x book, where 60% of book consists of net cash, net accounts receivable vs payable, significant real estate inventories, and non-operating long-term investments less all other liabilities in the firm. If we assume they are worth 100 cents on the dollar (and they should be with perennial OPMs in the high single digits to low teens), those assets are worth ~¥990/share. The other ¥630+/share in Property, Plant, & Equipment which creates the EBIT is being bought for ¥210/share.

A buyout firm which has done a dozen and a half “rehab” investments has done the math and knows what can be liquidated (like a big cash pile) and what is fund-able through debt. Given EBIT is just over half where it was 5yrs ago, revenues are down 6%, SG&A is up 10%, and inventories are at a record, the balance sheet and income statement of this firm look like they may be situated for such an “opportunistic investment” by the buyer.

For other insights on Japanese M&A please check the list of Japan-related Event-Driven insights here. As a reference to Japan M&A rules and practices, please see the Quiddity Japan M&A Guide 2019. 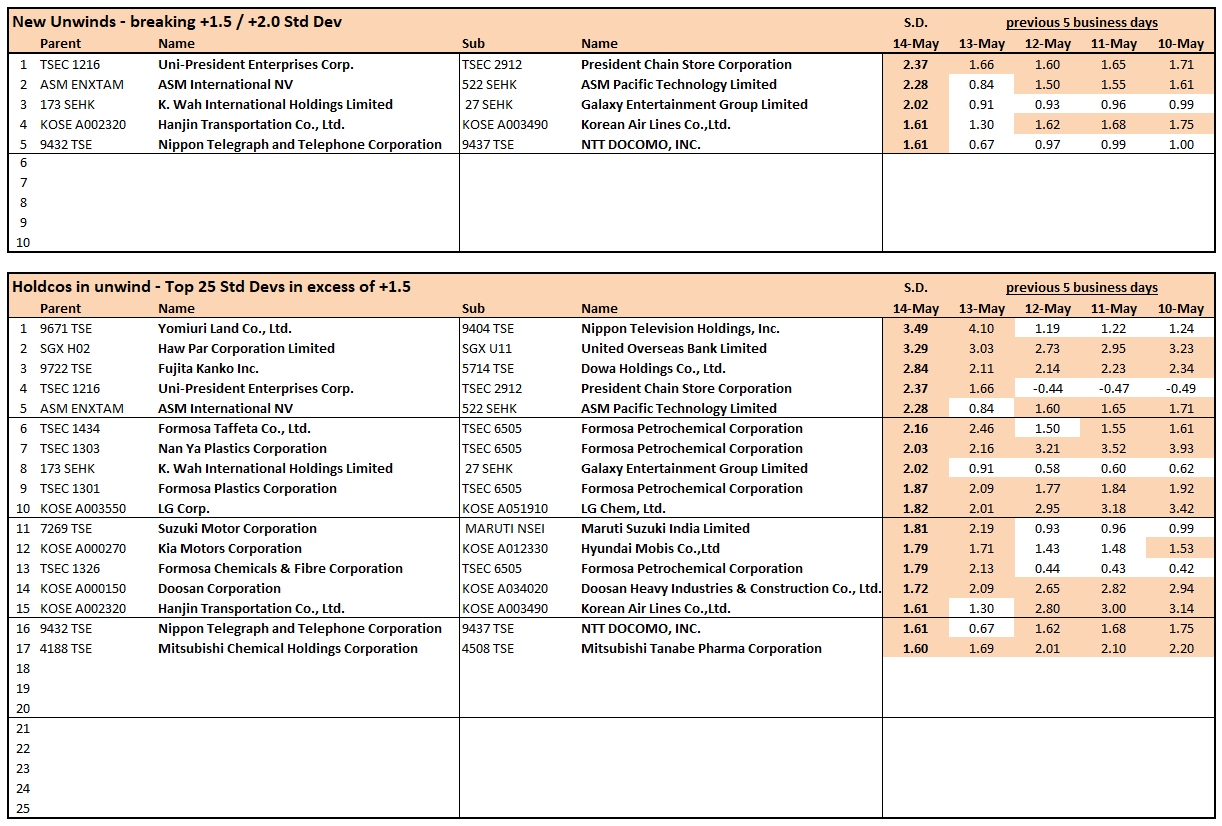 Preceding my comments on Great Eagle and other stubs are the weekly setup/unwind tables for Asia-Pacific Holdcos.