1. Central Retail IPO and Potential Changes to the SET50 Index 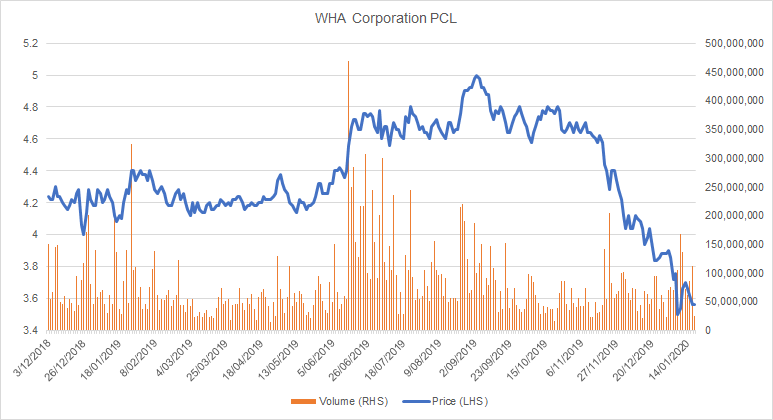 There has been a lot of news flow around Central Retail (192323Z TB)‘s upcoming IPO which would make it the largest in Thailand. Last evening, the company filed revised documents that tightened the price range to THB 40-43 per share, towards the lower end of its initial range of THB 40-48 per share.

On listing, even at THB 40 per share, Central Retail (192323Z TB) will rank among the 20 largest companies in the SET50 index and could be included in the index at the close of the third day of trading. At this point of time, Banpu Power PCL (BPP TB) and WHA Corp Pcl (WHA TB) are the lowest ranked stock by market cap and are possible deletion candidates.

2. Amverton: Game Over For Minorities

On the 5 October 2018, property developer Amverton (AM MK) (AB)’s board announced the public shareholding spread was 23.37%, and as such, AB did not comply with the public shareholding spread requirement of 25% pursuant to Paragraph 8.02(1) of the LR of Bursa Securities. AB said it would apply to Bursa Securities for an extension of time to rectify the shortfall but had, at the time, no formal rectification plan.

On the 18 Oct 2018, Bursa Securities granted AB an extension of time of six months until 4 April 2019 to comply with the public shareholding spread, then a further extension until 4 October 2019.

On the 13 Jan 2019, AB received an unconditional voluntary takeover offer from Tan Sri Ng Boon Thong, AB’s controlling shareholder and director of Dalta Industries (the ultimate Offeror), to acquire the remaining 80.83mn shares or 22.14% of AB for RM1.20/share (zero premium) or RM96.99mn.

Ng/Dalta does not intend to maintain AB’s listing status of the company. As such, the proposed private placement will not proceed.

But even if the Offeror and connected parties hold between 75%-90% after the close of the Offer, and have no intention of maintaining the listing, AB can make the necessary application to withdraw its listing.

Either way, this is the end of the road for AB’s minority shareholders.

3. Celltrion Merger: Is It for Real This Time? Why Next Year?

Almost every year, we hear this same old story about the Celltrion merger when we approach the OGM season in March. It has always been Chairman Seo himself who brought the issue to the public. This time, it is no different. Seo appeared at this year’s J.P. Morgan Healthcare Conference in San Francisco and once again said in front of the local reporters that he would give a shot at the merger. But this time, he specifically mentioned a target timeline. He said he would give it a chance sometime next year.