We cut our target price by 27% to Bt13.20 derived from 12.9xPE’1H20E, which is Thai IT sector in Thailand to factor in more conservative PE target than previous report as a result of weaker-than-expected growth in domestic IT spending and overall consumer confident (previously at 17.1xPE’19E from World IT sector).

We met up with two very different small-cap companies in the recent weeks, and here’s a quick rundown:

3. Prayuth Duly Retains the Prime Ministership; so There’ll Be Stable but Modest Growth

Prime Minister Prayuth Chan-ocha formally retained his job, as expected, when all 250 members of the Senate (nominated by him and the erstwhile military junta) voted for him in the joint sitting of both houses of parliament required to choose the prime minister. In addition, a post-election rule change ensured that every party that received 0.1% of the vote would receive a seat in the 500-member House (although the pre-election rule had set the threshold at 0.2%), resulting in a proliferation of tiny parties that joined Prayuth’s coalition. This manoeuvre enabled Prayuth to win a majority in the House too (250 of the 494 votes cast, with 3 abstentions, and 3 unfilled seats), thus gaining an extra degree of (dubious) legitimacy.

Military-led or -linked governments since the 1990s have been ultra-conservative macroeconomically (i.e., in terms of monetary and fiscal policy). As a consequence, Thailand has had anaemic investment spending — and larger current account surpluses — when military-linked governments are in power. While the late Prem Tinsulanonda is often referred to as a “military ruler”, he never led a coup and was a democratically elected PM (1980-88) who initiated the export-oriented FDI-led economic transformation that made Thailand one of the fastest-growing economies in the world, which continued under his successors Chatichai and Anand. In the aftermath of the 1997 Asian Financial Crisis (AFC), the “establishment” parties — either the Democrats led by PM Chuan Leekpai (now Speaker of the House) or coalitions led by the military — have been extremely cautious, preferring to maintain large current account surpluses (5-12% of GDP) via tight monetary and fiscal policies that have constrained growth. Democratically elected governments (mainly led by “Thaksinite” parties, but also one led by Abhisit of the Democrats) have stimulated more investment, shrinking the current account (even allowing deficits).

Prayuth has shown in his first five years in office that he is very much in the “establishment” mould. The Bank of Thailand too has had the imprimatur to pursue unnecessarily austere policies — and consequently made an outright policy error in December 2018 (by raising interest rates at a time when CPI inflation was 0.3% YoY, far below the BoT’s inflation target range of 1-4%). The consequence has been a slowdown in real GDP to 2.8% YoY growth in 1Q 2019. Both monetary and fiscal policy are likely to remain ultra-conservative (and growth-inhibiting). With Prayuth’s clear majority in both houses, there is scant prospect of any change in either regime or policy. Consequently, we recommend being Underweight Thailand. However, while we are bearish about Thailand, many Thai corporates have made the same bet — putting a lot of their new investments into expanding their operations outside Thailand. Charoen Pokphand (CP-All), Siam Cement and Thai Beverage are prominent Thai corporates that we would stay invested in for their ability to tap effectively into growth opportunities in Thailand’s fast-growing neighbourhood. 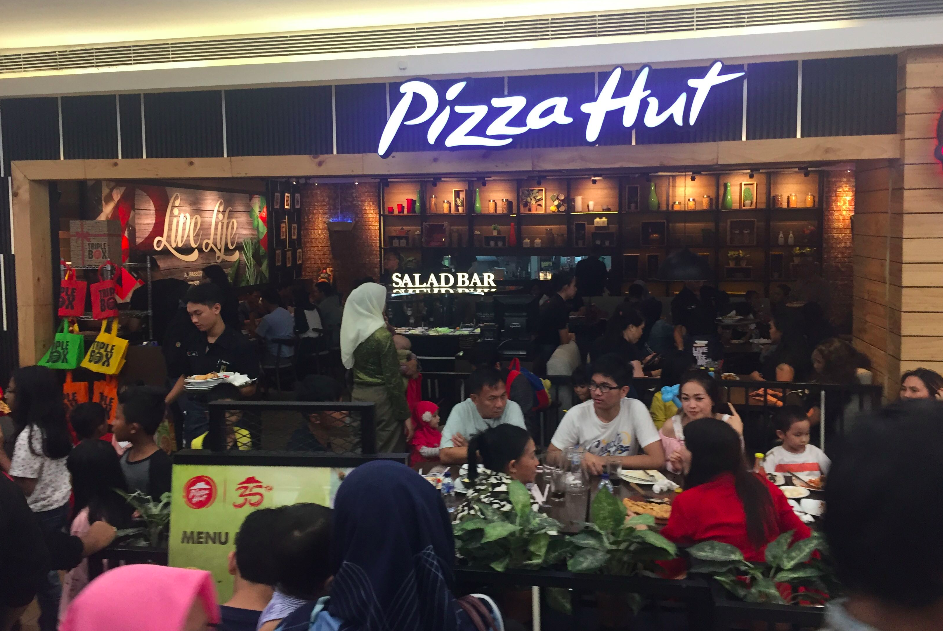 A conversation with Nielsen Indonesia provided some invaluable insight into current consumer sentiment and behaviour in Indonesia, as well as feel for which formats are succeeding whilst others flounder in the retail space.

The general feeling on consumer sentiment is that overall it is improving but not across the board, as lifestyle, leisure, and new smartphones take the lead over essential items, which are seeing relatively stagnant growth.

Motorcycle sales spiked nearly 30% YoY in 1Q19 but car sales dipped slightly, signifying some nervousness around the purchase of big-ticket items in the run-up to the Presidential election. This may change since the “real” count (final election count) is over and recent demonstrations badly discredited the opposition. Astra International (ASII IJ) is well positioned to benefit from any upturn, given its gains in market share and the success of its SUV models.

Consumer confidence remained high in May ahead of the Idul Fitri holiday, and sales are estimated to have increased 20%-25% YoY, according to the Indonesian retailers association.

Electronics and apparel continue to dominate the online retail space, with electronics the largest category by value but apparel by volume.

Mitra Adiperkasa (MAPI IJ) and Ace Hardware Indonesia (ACES IJ) continue to lead the pack in terms of sales growth with exposure to upper-middle-class consumers and lifestyle-related spending. Pt Matahari Department Store (LPPF IJ) seems to have lost its way, with challenges from above and below as well as from online. Its new strategy of pursuing a specialty store approach for certain brands also remains untested.

The outlook for consumption, in general, is positive for this year, especially now that the election is out of the way, with expectations of a strong post-Lebaran pick-up, specifically for bigger-ticket items.