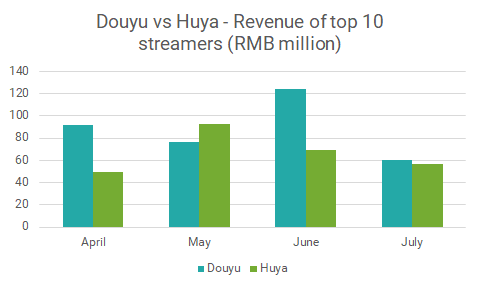 Both Douyu and Huya, the top e-sports streamers reported earnings last night. In this insight, we will compare the key metrics of the two companies and highlight our observation in July 2019.

Going into July, data of top streamers suggests that Douyu appears to lose out to Huya in terms of both monetization and active users. 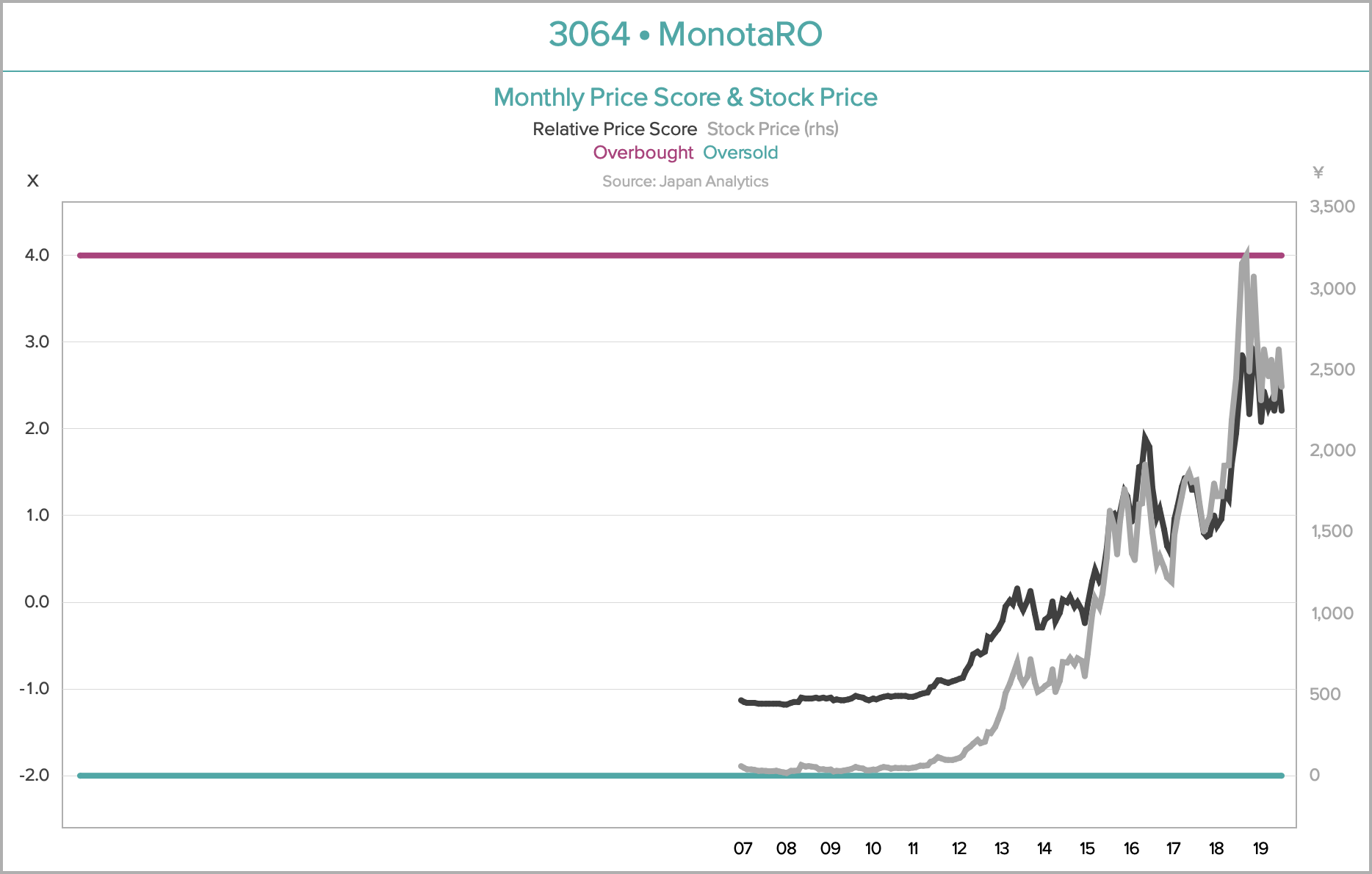 Parent company data for July (adjusted for the number of working days in the month) show year-on-year sales growth down slightly from 20.1% in June to 19.6% in July. The unadjusted value of sales was up 25.3%. The number of new customers, also unadjusted, was up 26.4%.

Double-digit growth continues but there is no acceleration, leaving the shares in a trading range. At ¥2,431 (August 13 close), MonotaRO is selling at 53x our estimate for FY Dec-19 and 48x our estimate for FY Dec-20. Price/sales multiples for the same two years are 4.6x and 3.9x. Projected valuations look stretched, but are on the low side of their recent historical ranges. 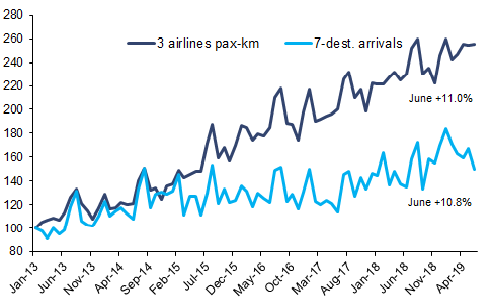 Hong Kong growth slowed in June, likely due to protests

The growth of Chinese arrivals to Hong Kong slowed in June, falling to just 10.1% YoY, likely in response to the city’s large-scale protests. Hong Kong is by far the largest single destination for Chinese outbound tourists, and it is unlikely that a shift in tourism to other regional destinations can offset moderating growth in this key market.

Demand slowing, both for outbound and domestic tourism

Most measures of outbound and domestic tourism in 2Q19 indicate softening demand growth. Whereas the initial effect of rising US-China trade tensions was a shift in outbound tourism favoring HK and Macau, it now appears that overall Chinese tourism activity is slowing. This is clearly negative for Chinese and regional companies that depend upon Chinese tourism activity: airlines, hotels, OTAs, and certain retailers.

Preceding my comments on Swire are the weekly setup/unwind tables for Asia-Pacific Holdcos.