1. Beyond Meat (Post IPO) Goes Beyond Valuations – More than Just a Vegan Burger

Beyond Meat Inc (BYND US), a fast-growing US-based plant-based meat (substitute) maker, tripled its billion-dollar valuations on listing, last week – the best IPO debut pop for any US listing since 2008 financial crisis (for companies that raised at least USD 200 mn, says Bloomberg). The loss-making company, now valued at USD3.5bn, raised US$240 mn from IPO at the issue price of USD25/share (post upward revision), to fund its expansion plans.

The 10-years-old Los Angeles-based company has been in the limelight for pioneering the concept of research-backed high-quality plant-based meat (substitute). But the brand’s loyal fan base is built on something bigger – its broader philosophy of providing healthy, earth-friendly and animal-friendly food solutions to those who care. This value proposition has also attracted a line up of loyal celebrity backers/investors including Bill Gates and Leonardo DiCaprio. However financial investors need to note that competition is heating up and it may not be all smooth sailing unless Beyond Meat can commercially scale up faster.

Climate change: activism & awareness go beyond street protests, and have been influencing consumer choices. Beyond Meat has positioned itself as a food solution to the problem of rising greenhouse gas from livestock rearing; mainstream customers, not just vegans, are buying it. It is a case study worth looking at in terms of shifting consumer preferences and opportunities, hitherto overlooked by established bigger food companies. Our earlier report Climate Action – School Strikes Hit a Spot, Carbon Emitters Face Heat. Investors Take Note had highlighted how rising climate awareness/activism was impacting various sectors and the opportunities offered by changing consumer preferences including the Vegan movement.

In the report below we look at the likely factors driving investor euphoria over Beyond Meat – its products, the wider market opportunity and the positioning/philosophy. We also highlight the various risks involved in this early stage/new product company apart from rising competition.

3. Warning For Markets: There Is No Quantitative Easing…QT Re-Engaged! 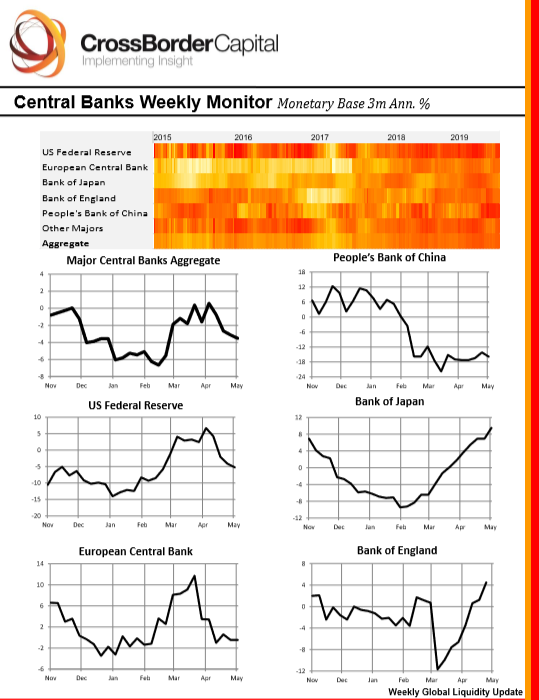 The April employment report was strong with nonfarm payrolls rising 263,000 and the unemployment rate falling to the lowest level since December 1969.  Average hourly earnings increased 0.2% in April and year-over-year wage growth held at 3.2%.

5. So-Young (新氧) Trading Update –  Getting Ahead of Itself