2. Cybersecurity and ESG: Beyond the Breach

Cybercrime is the greatest threat to every company in the world.
– Ginni Rommety, CEO, IBM

Note: There is a pronounced ESG angle to this report but the underlying subject – i.e., cybersecurity as investment risk – is relevant beyond the ESG context. This also applies to future reports in this series.

Phishing, data breaches, ransomware, malware, DDoS attacks, and Armageddon-esque scenarios of global cyberwarfare, cascading blackouts, descent into anarchy, and rampant cannibalism.
But let’s be realistic.
What matters to investors falls somewhere between a data breach and doomsday, at some rational intersection of probability and materiality. One thing is clear though: Cyber-risk is a big deal.

Cybersecurity has emerged as a top ESG concern for institutional investors – and in some cases as the top ESG concern, ranking higher than even the most quintessential of E, S, and G topics.

In a recent survey by RBC Global Asset Management, institutional investors ranked cybersecurity as their number one ESG concern – ahead of ESG mainstays like climate change, diversity and equality, and anti-corruption.

There’s good reason for all the fuss.

ESG aside for a moment, cybersecurity is first and foremost a major source of general investing risk since cyber-attacks often result in serious business, financial and capital markets consequences.

We already knew that though.

And cybersecurity has been in the ESG lexicon for a while.

What’s new is a palpable sense of urgency, coupled with a more sophisticated view of cybersecurity and how it fits into the overall ESG context. Salient summary points are as follows:

In short the cybersecurity/ESG story is one of: 1) issuer cyber-Governance, and 2) the societal ESG impacts of systemic cyber-events. It’s a story best told through a series of sector-specific Insights.

My plan is to, periodically, cover systemic cyber-risk associated with critical infrastructure sectors (CIS), each in turn. The most imminent is on Utilities, with a pronounced Asia regional focus.

This report can stand on its own, but is intended as a contextual foundation for future reports. 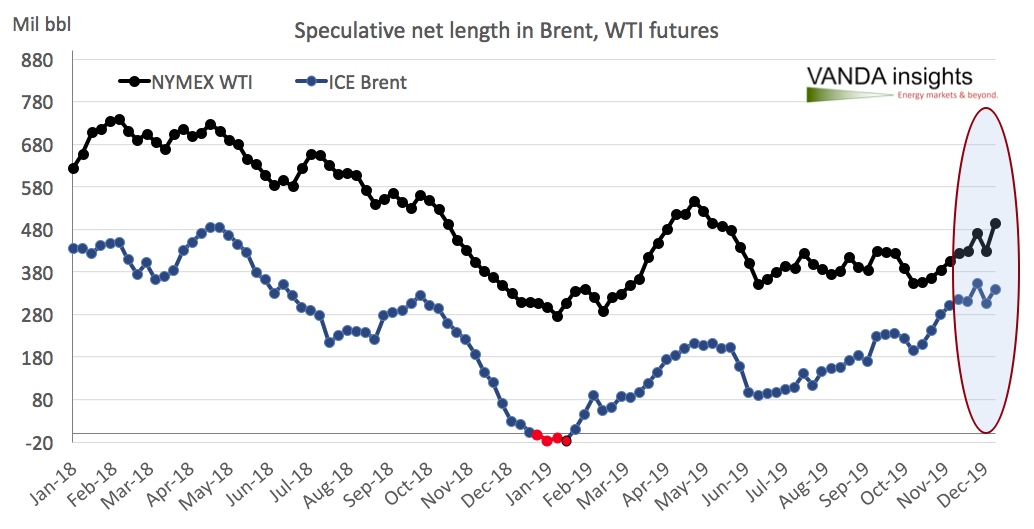 The US and China finally announced a “phase-one” trade deal on Friday, the highlights of which were the suspension of a new tranche of 15% import tariffs that the US was set to impose on China starting December 15 and Beijing committing to boost purchases of American farm goods.

However, contradictory messages from Beijing and Washington on some of the key elements of the agreement, coupled with the lack of details and the bundling of some of the thorniest issues of their conflict into a potential “phase-two” deal prompted plenty of doubt and skepticism.

The partial deal gave crude a modest knee-jerk boost on Friday, which may not sustain and is certainly not expected to grow.

The stock markets cheered the news, but not too loudly. Crude settled about 1.5% higher on the day, well off its intraday highs.

The oil market will be scrutinising the implementation of the deal in the coming months, and look for concrete proof of global economic acceleration and signs of pick-up in oil demand growth to push up prices.

However, there is another agreement that has provided far more support to crude prices in recent weeks, a fillip that is likely to sustain. We look at the net impact of the two deals on crude.